The first routes of the season had been climbed at the start of November and despite the conditions getting better and better, prior commitments, injury and illness had prevented me from getting out to capitalise on them. With relentless social media feeds full of heroes hooking up hoared classics, the FOMO was real. Thankfully the stars aligned and before the thaw a great forecast materialised following a week of cold northerlies – it was on and we were Lochnagar-bound! 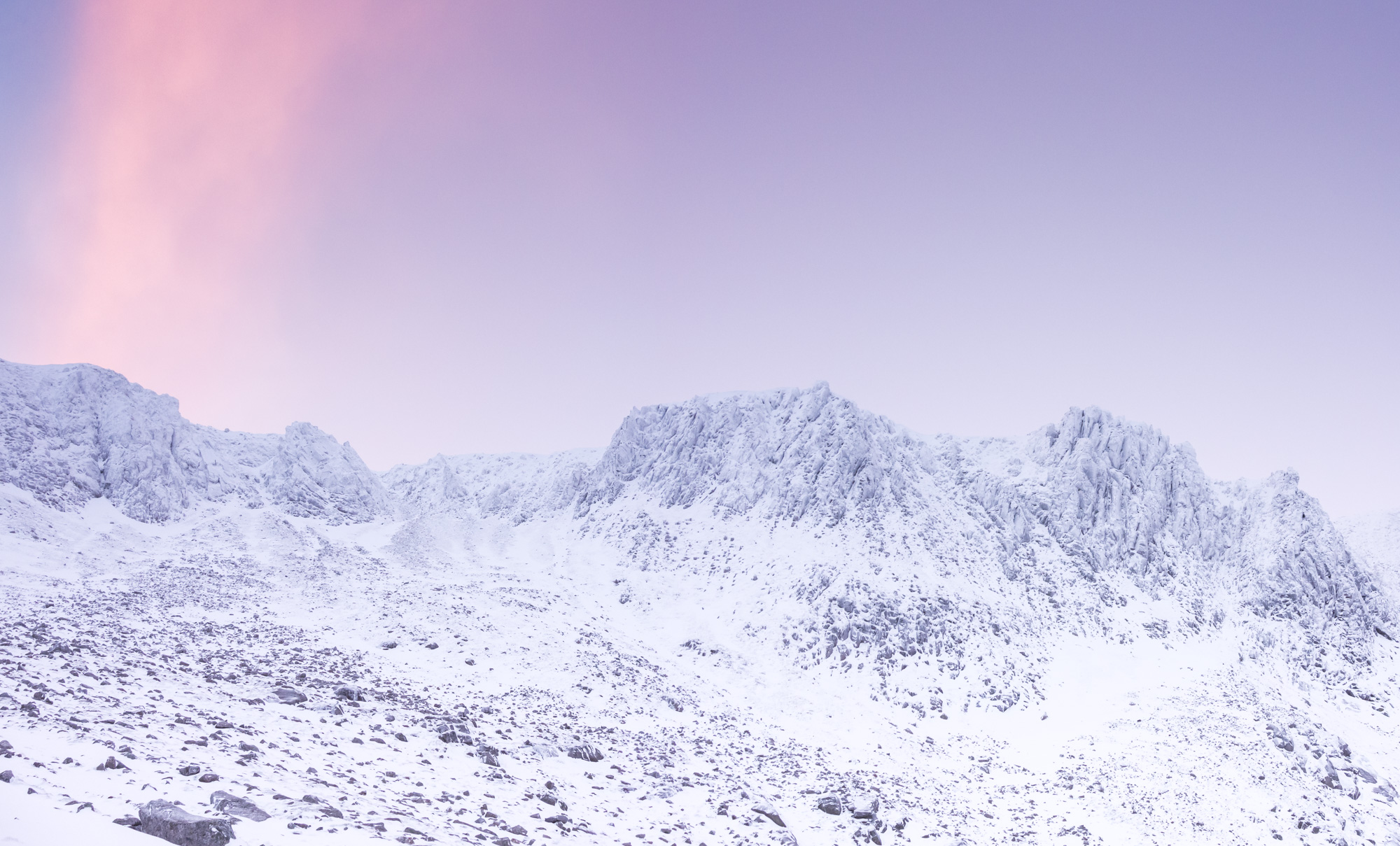 Treated to a spectacular light show as the pre-dawn gloaming gave way to purples and oranges. The Southern Sector looking ripe for mixed climbing! 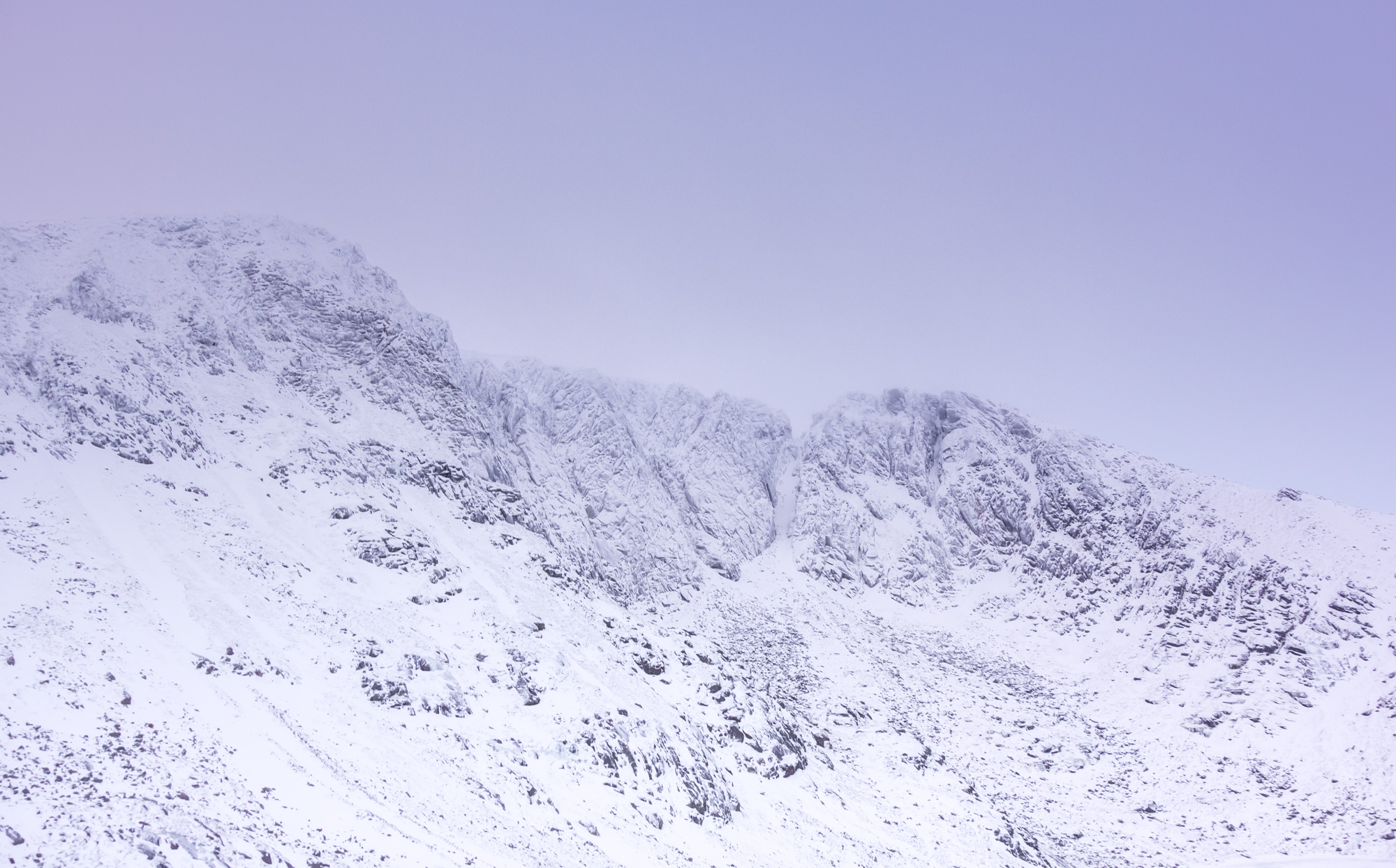 The Main Cliffs became progressively more snowy as the aspect changed to be more east-facing. Few folk ventured into the powder-fest.

The Cathedral in the Southern Sector is the perfect venue for a short mid-winter day after a series of strong northerlies and when we arrived in the coire it was clear we weren’t going to be disappointed with conditions. 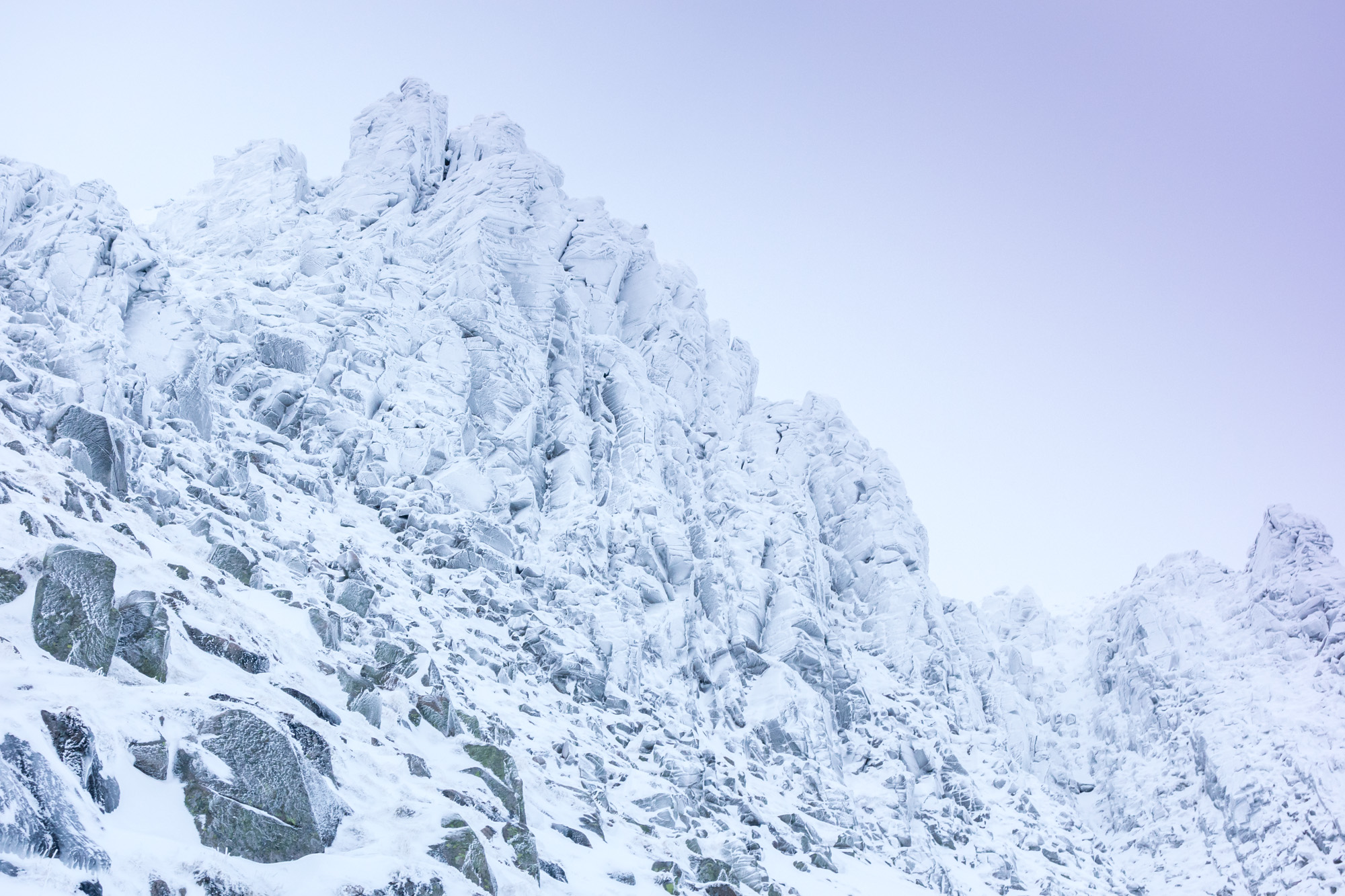 The Cathedral in perfect mixed climbing conditions – well rimed and mostly blasted clear of powder. Our eventual route climbed grooves on the left side of the face to finish up the obvious deep chimney at the highest part of the cliff.

The attractive central groove line of Judas Priest (V, 5) was our first choice, especially so since a direct finish had been added the previous year, giving two long consistent grade V pitches. After a bit of a wade to the start of the climbing proper, Joe set off into some surprisingly steep ground. Suspect turf protection was just enough to lure him higher but climbing the smooth hanging groove and roof above was clearly very serious. Tentative forays up and down yielded no protection and feeling a little dejected we traversed left to another line. 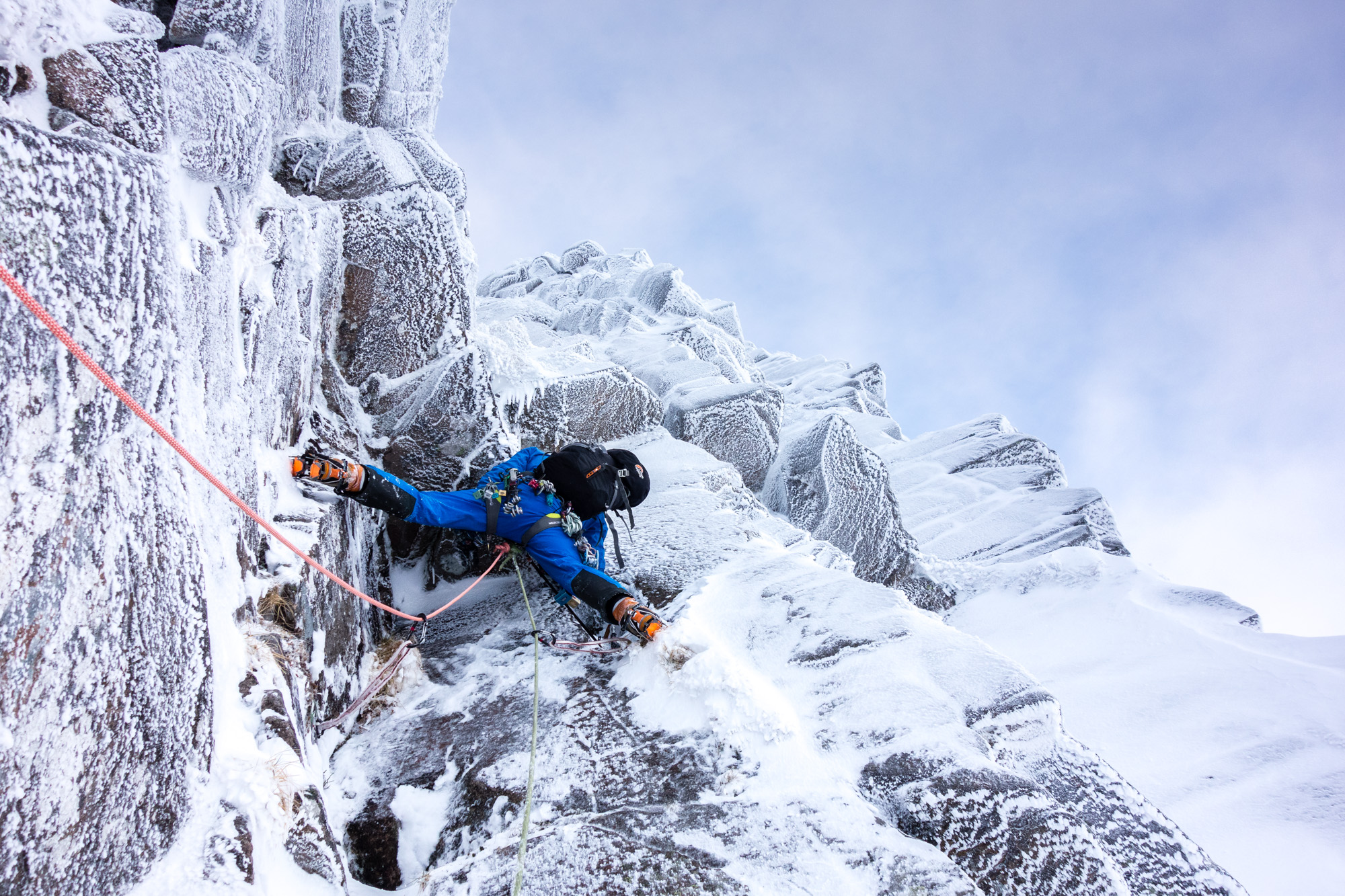 Joe valiantly perseveres on what we subsequently realised was the incorrect start to Judas Priest. The true line climbs the groove to the right before stepping left to avoid the roof, presumably with better protection… If only we had looked at the guidebook eh?!

After the time-consuming walk in and rookie error on plan A, plan B needed to be a sure thing. Transept Groove (IV, 5) fit the bill perfectly and gave interesting climbing up grooves and through bulges between bouts of ledge shuffling. 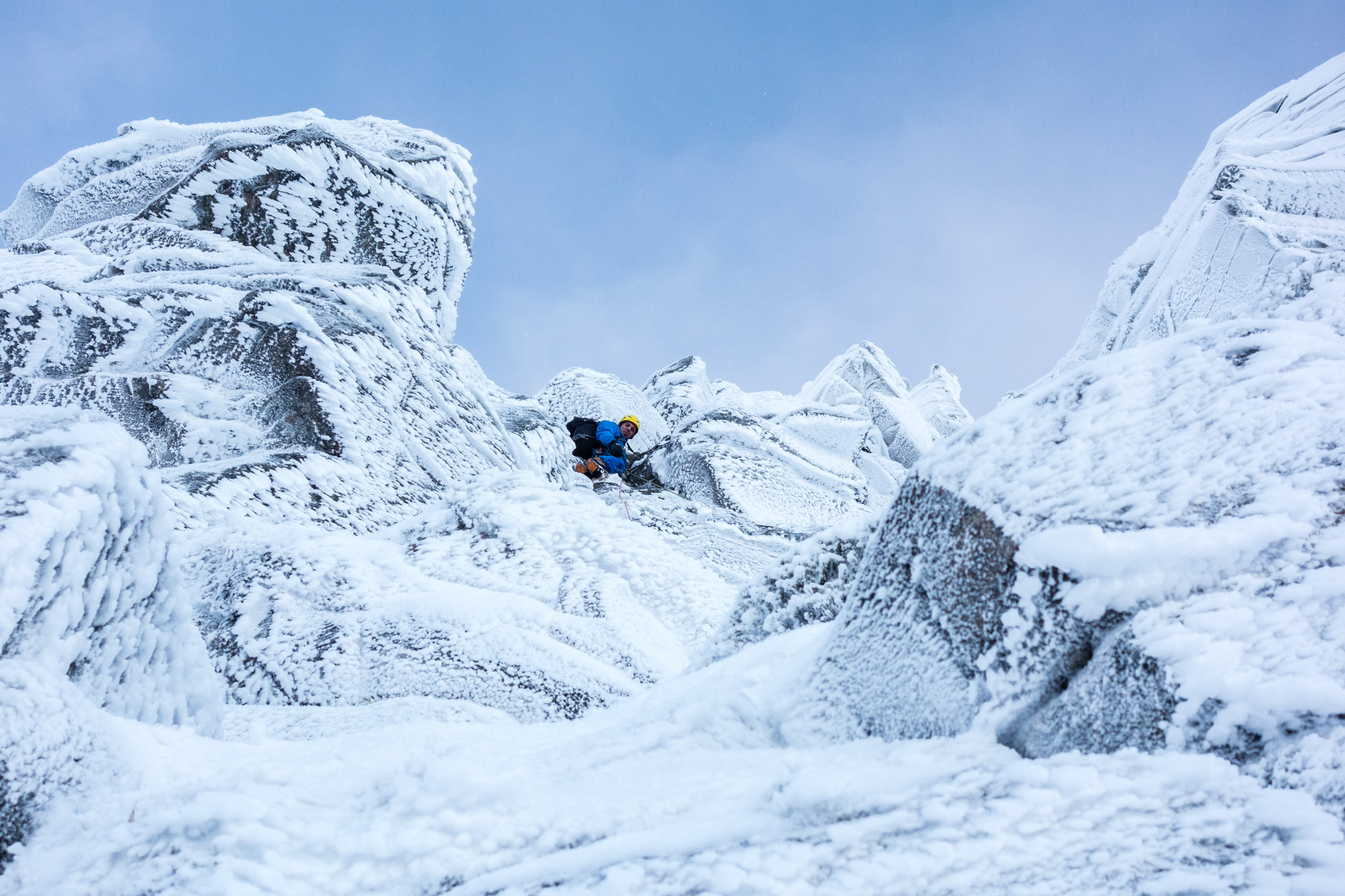 Joe about to pull the bulge at the end of pitch 2 of Transept Groove. Every pitch contained some worthwhile climbing and we definitely didn’t feel hard done by. How could we on a day like this?! 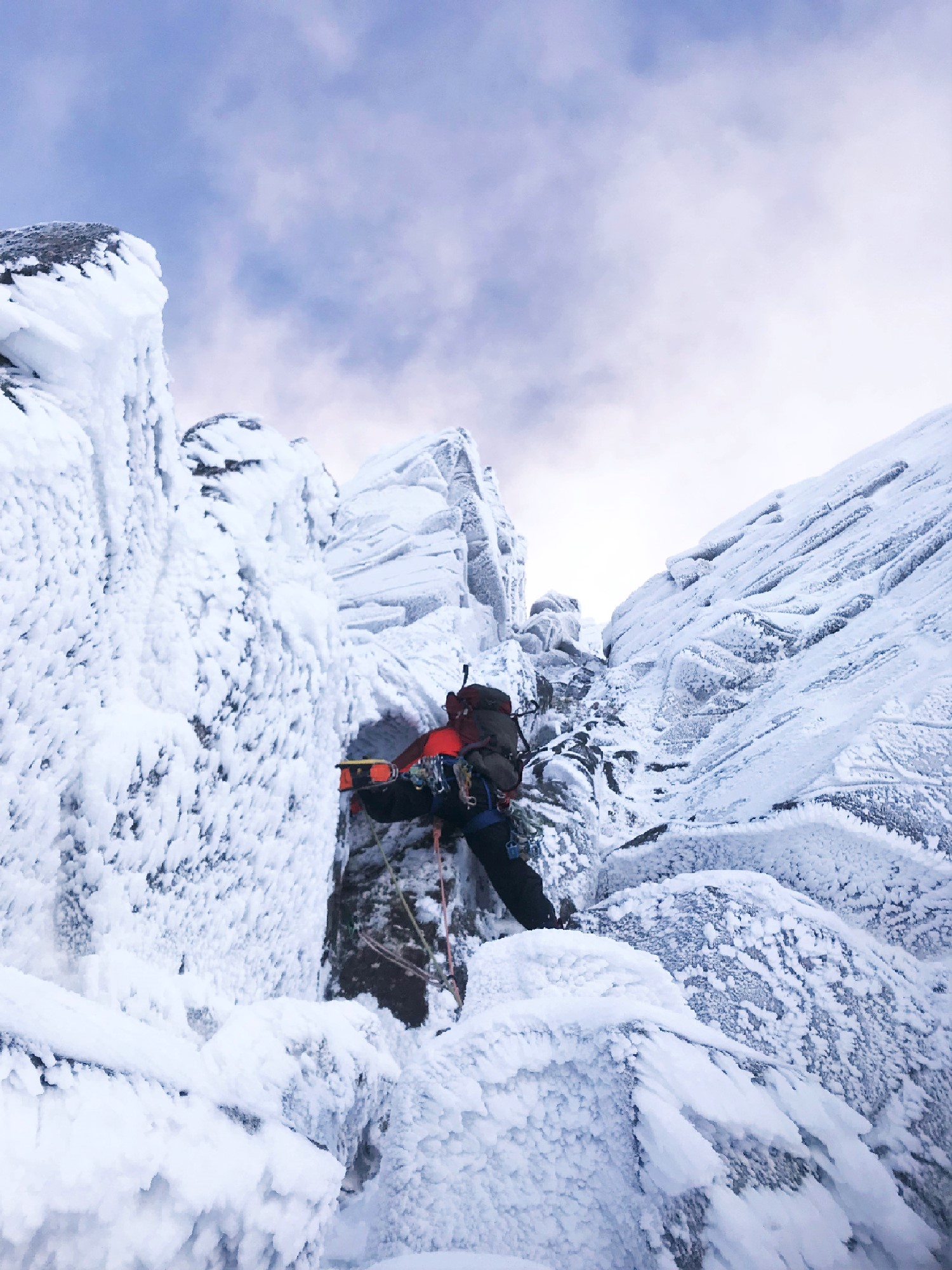 Setting off on the penultimate pitch which proved to be trickier than it looked from below. Photo credit: Joe Saunders 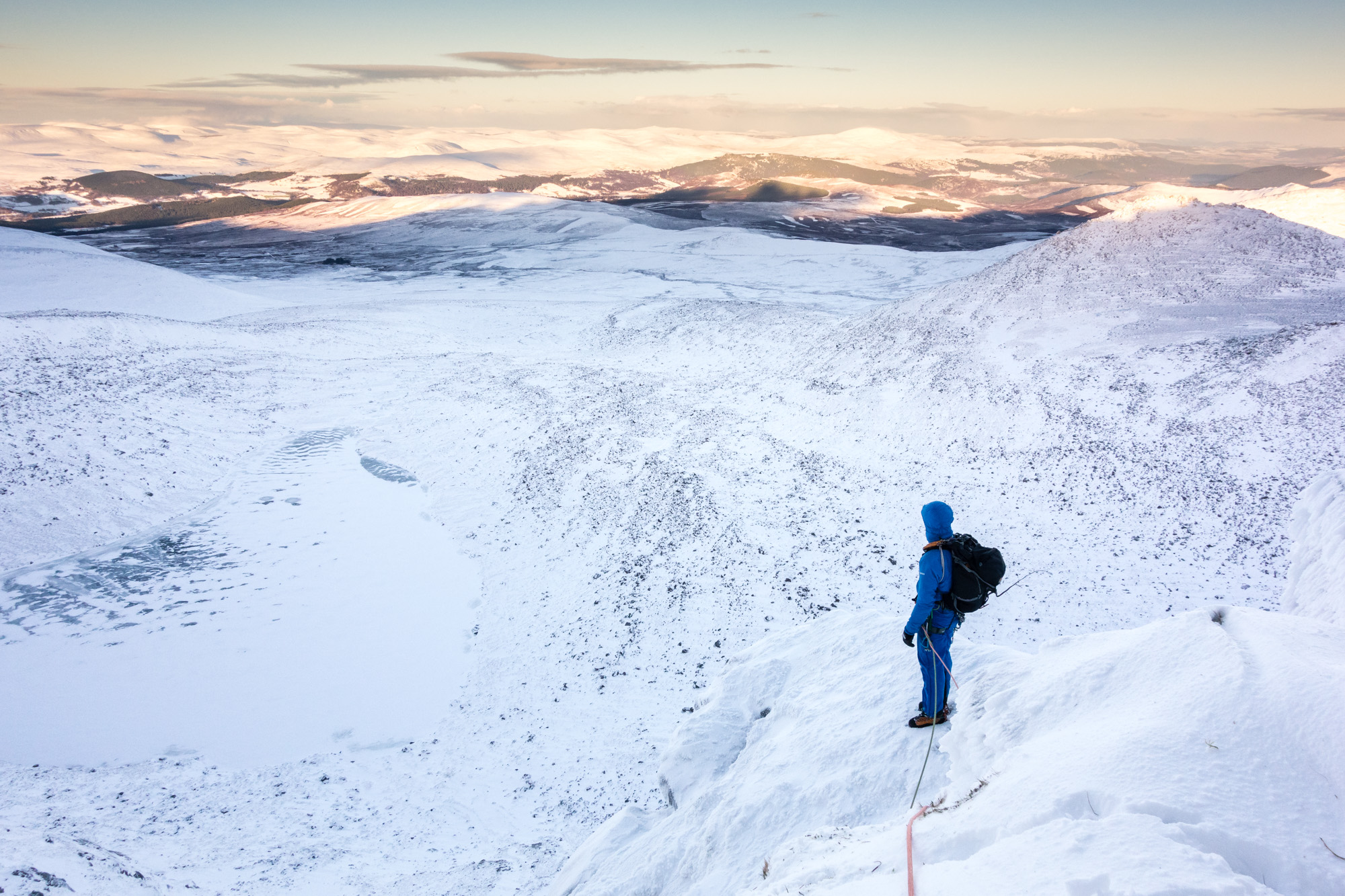 Short pitches were naturally separated by perfect ledges and being the generous, kindhearted partner that I am, I selflessly stopped to belay beneath the imposing final squeeze-chimney… 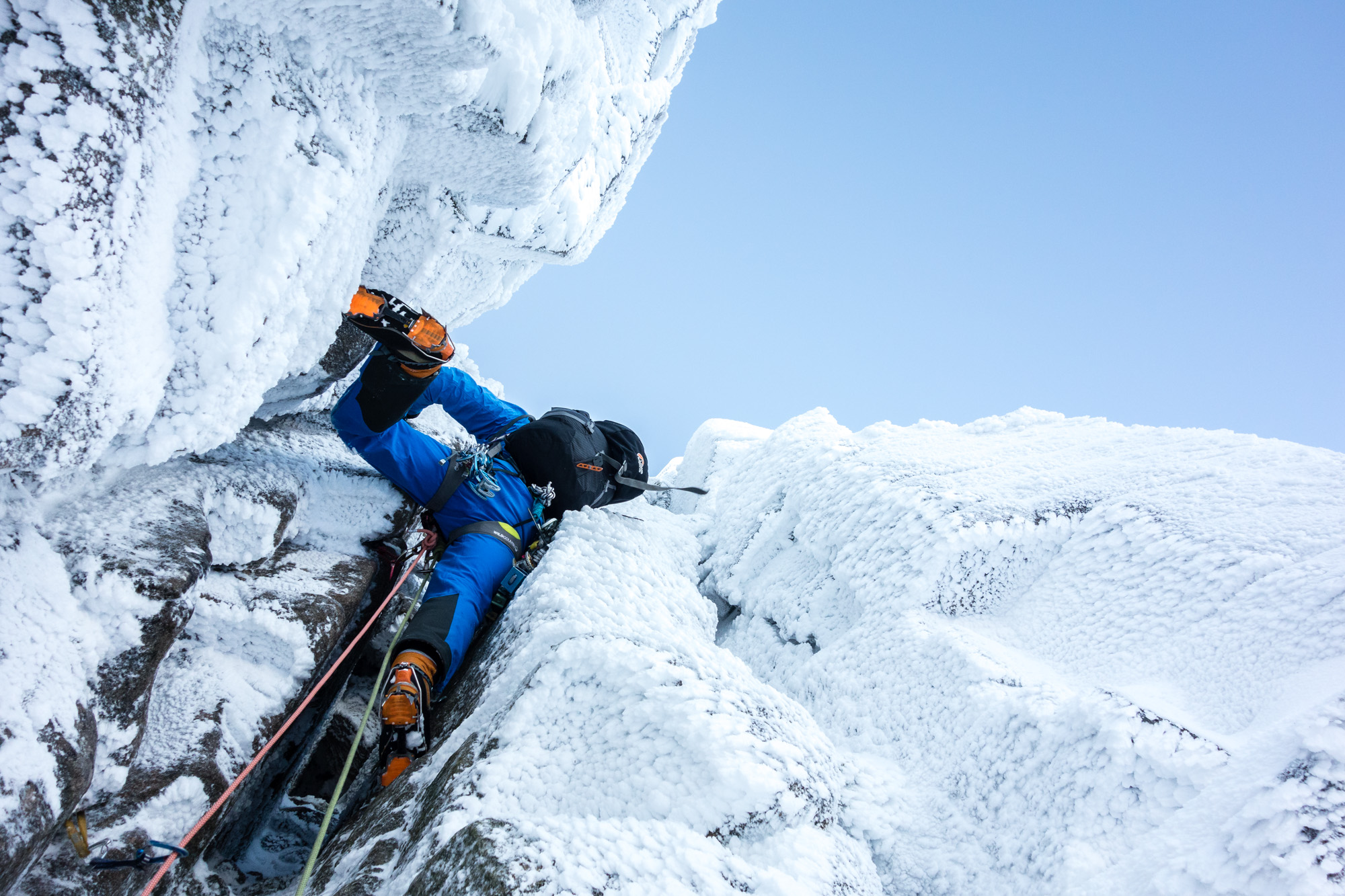 Joe doing everything he can to stay on the outside of the squeeze-chimney for as long as possible – great fun! 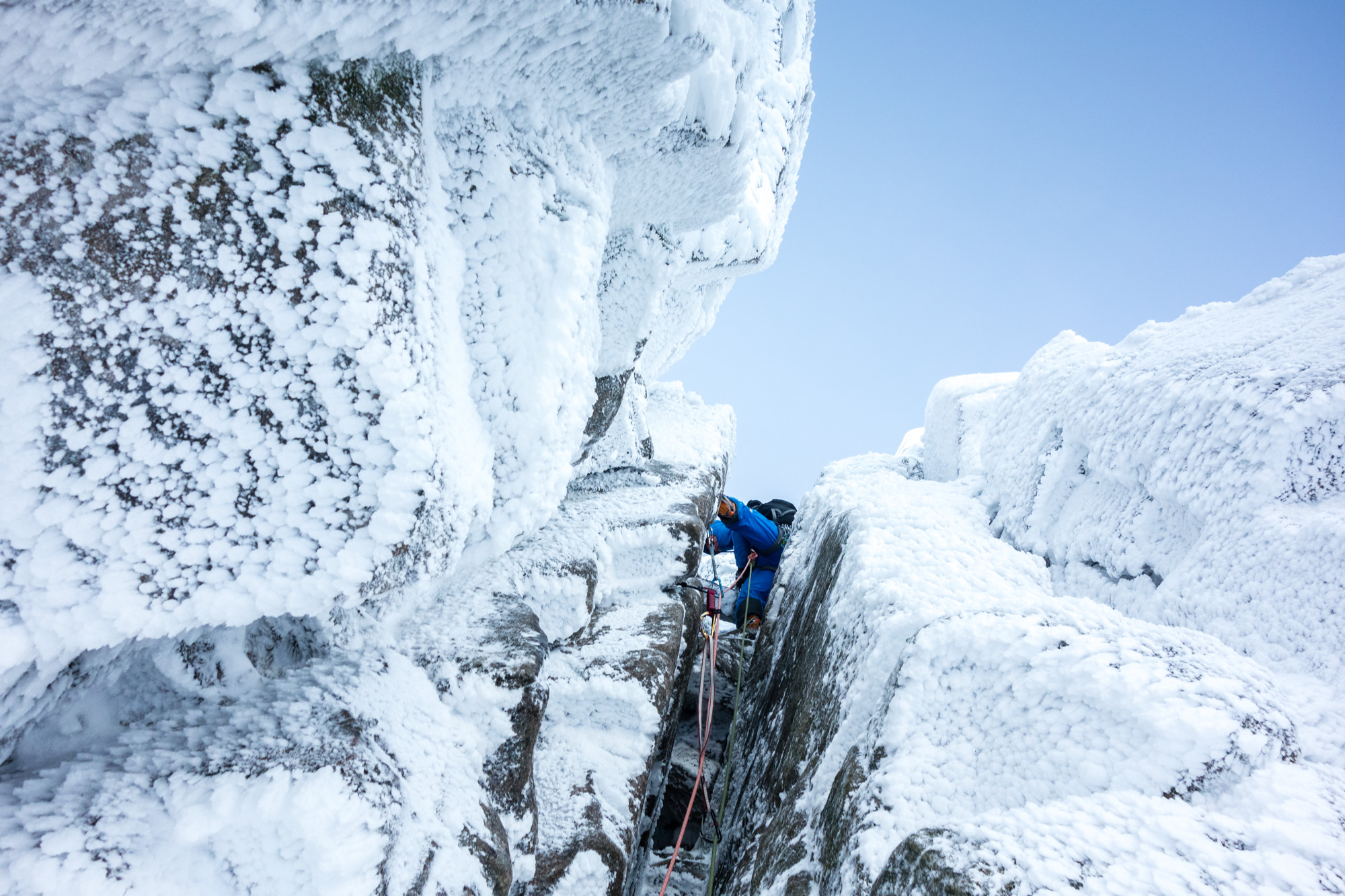 After succumbing to the inevitable and getting intimate with the chimney, Joe emerges from the confines to be met with one last sting in the tail.

All manor of techniques and contortions were required to exit the chimney and as I found myself trapped beneath a chock-stone with my heel higher than my head, I knew something had gone wrong. After extracting myself from it’s clutches I joined Joe on the plateau, both of us overjoyed to have finally kicked off our season on such a great day. More of this please!

3 thoughts on “Worth the Wait on Transept Groove, Lochnagar”